About the country Romania

Romania is situated in south-eastern Europe, with a surface of almost 240 000 square kilometer population of 22 million people, 2 million live in the capital Bucharest.

In Brasov (Kronstadt) an old town from the year 1.234 live 300 000 people, with much Saxons. The town has nice, old buildings and very nice surroundings.

The Carpathians are crossing the country like an arch. The highest mountain is 2.544m. The Black Sea and the wonderful Danube Delta with its unique wildlife are in the east of the country.

Many minorities live in Romania: Hungarians, Saxons, Serbs, gipsies and others. The official language is Romanian, but the other people speak and learn in their own language. The hospitality of the people and their traditional customs are famous. For many generation farming was very important for the country. Once Romania was considered Europe´s breadbasket.

Romania was a communist country until the revolution from December 1989 when democracy won and the country was liberated. Slowly the country is changing into a real democracy and modernizing. Many people would like Romania to become a real European country, with a good infrastructure, with a sound economy and happy people.

Fabian´s parents best wish for their son is that he in his future lives in a better and just country and in a peaceful world. 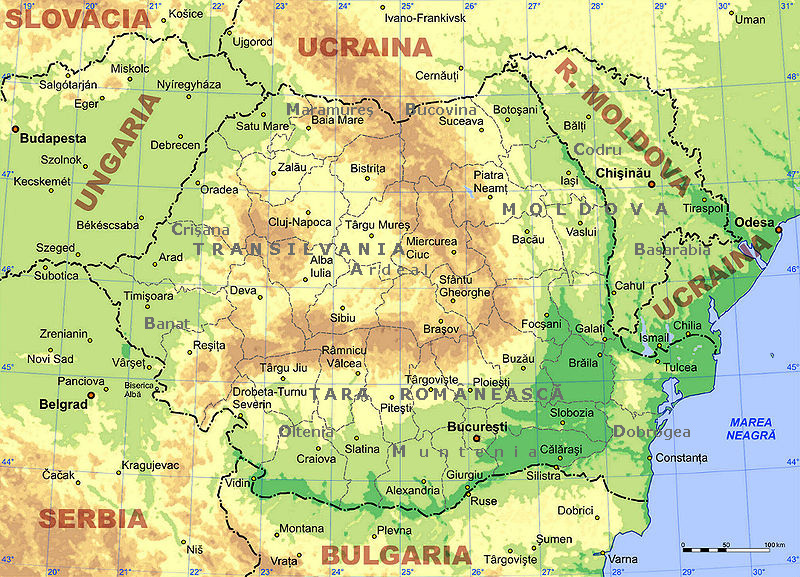